The ingredients of the cannabis plant have fascinated us humans for over 5000 years. Even our grandma’s grandma used the power of the cannabis plant to relieve toothache or simply to sleep better at night. Cannabis has also manifested its importance in the shamanistic tradition thousands of years ago. The ingredients of the cannabis plant are as diverse as the plant kingdom itself: Cannabis, on the one hand, can be an effective weapon against many ailments as a medicinal plant. On the other hand, it is possible to reach other dimensions of human consciousness with the help of cannabis and thus it is an important part of individual and social developments.

Some cannabis strains evoke more medicinal effects, while other strains appeal much more to the mind. For a long time, it was unknown to mankind why these differences came about and breeding for specific properties was often dependent on chance.

In the last century before the great millennium, researchers also turned their attention to the ingredients of the cannabis plant as biochemical relationships were discovered.

In Israel, the best-known cannabinoid molecule of the cannabis plant, tetrahydrocannabinol (THC), was first isolated in 1964:

Raphael Mechoulam and Yehiel Gaoni made a breakthrough in cannabinoid research at the Weizmann Institute of Science in Israel when they first separated THC in its pure form from the rest of the plant. Since then, numerous other cannabinoids have been discovered and are gradually being found in more and more cannabis genetics.

But what might be much less known is the much earlier discovery of cannabidiol (CBD), which is popular in medicine today. CBD was discovered as early as 1940 at the University of Illinois – but was still considered toxic at the time.

THC and CBD are all the rage in 2020 – one due to its majority illegal status and psychic effects, the other due to its legal “cannabis light” status and calming, non-psychoactive effects. Joining them at the moment are the two cannabinoids CBG and CBD, on which great medical hopes are also based. In this article we want to briefly introduce the different cannabinoids. But at the beginning a few …

The endocannabinoid system is part of the human nervous system and is characterized by the CB1 and CB2 receptors. So-called ligands, imaginable as keys, dock onto these receptors, which can be pictured as locks. CBD, THC and the other cannabinoids together with the body’s own cannabinoids such as anandamide form these ligands.

CB2 receptors are found primarily in immune cells and in bone structure, but are still much less researched at the moment. However, initial studies already indicate where the journey is headed: the course of Alzheimer’s disease, for example, can be positively influenced by cannabis. But now to the individual cannabinoids:

THC is the psychoactive component of the cannabis plant. The molecule is present in the plant as THCa – THC acid. This THC acid must be heated in order to be converted into the psychoactive THC without a.

The ingestion of THC directly and indirectly affects the metabolism of the human body. Among other things, THC causes a modulation of human hormone levels. For example, THC takes an influence on serotonin, dopamine and cortisol levels. This controls, for example, the feeling of happiness, the feeling of pain and the perception of stress.

THC in medicine and recreation: Parallels

There are many parallels in the arousal of a state of happiness and the relief of pain when one looks at the biochemical processes in the body. However, differences usually arise in the initial situation of individual persons, i.e. in which ratio the individual hormones are present to each other at the moment and which physical processes influence the hormone balance. The bottom line is that the same mechanisms are at work in medical treatment with THC and recreational use for the purpose of a release of happiness.

Thus, THC is used in the medical field primarily in pain relief and as a holistic medication that targets deep into the body.

THC is used in pain patients, ADHD, fibromyalgia, sleep disorders, certain cancers, treating the side effects of chemo therapy, Alzheimer’s disease, and many other areas.

For example, the risks of THC use include increased risk of anxiety disorder, depression, and at a young age, the possibility of psychosis.

One of the biggest trends in cannabis revolves around non-psychoactive CBD. Introduced in many places as “cannabis light,” cannabidiol is breaking down the barriers between the condemned plant and social acceptance of cannabis. Due to its non-psychoactive nature, CBD is allowed in many countries – it is used in CBD oils, creams or dog treats, for example.

Because the cannabis revolutionary CBD is said to have many medicinal properties. Among other things, CBD has an anti-inflammatory effect, stimulates the formation of new cells and regeneration, influences the heartbeat, strengthens immune reactions and influences a person’s mood.

CBD as an antagonist of THC

An important aspect of CBD is found in its opposite effect to THC. For where THC can increase anxiety, CBD is known for its anxiety-relieving properties. CBD has a calming effect and actively counteracts the psychoactive effect of THC.

CBG, like CBD, is NOT psychoactive, at least on its own. This is because some users of CBG report an increase in the feeling of euphoria when CBG is consumed together with THC. There is much evidence to suggest that CBG interacts and crossacts with other cannabinoids.

In medicine, initial studies indicate that CBG has an antibiotic effect and supports the body in immune responses. This could be found, for example, in MS patients or Huntington’s disease patients. CBG has an anti-nausea effect.

CBG acts primarily at CB1 receptors, i.e., in the brain and other areas of the central nervous system.

A very interesting property of CBG is its antibacterial property, as studied by McMaster University in Hamilton, Canada. In this study, the antibacterial effect against multi-resistant bacteria of the Staphylococcus Aureus strain was demonstrated.

Since the research with CBG is still at the very beginning, it should be pointed out at this point that numerous findings will be added in the next few years and some current observations may also turn out to be wrong. Time will tell.

While there are already CBG flowers and products with CBG in Europe, CBN is still much rarer. CBN is still much more mystified at the moment and still has a very long way to go when it comes to scientific findings and social acceptance.

Unlike CBG, CBN has a greater affinity to dock with CB2 receptors than with CB1.

CBN has anti-inflammatory and antibacterial properties, and can be used as a sedative and for asthma relief. In conjunction with THC, CBN lowers intraocular pressure and can therefore be used to treat conditions such as glaucoma.

In many products such as cannabinoid flavor oils, CBN is added because the cannabinoid is said to have a strong fatigue-inducing effect. Anyone who has ever tried long-stored hashish probably knows what is meant by this. 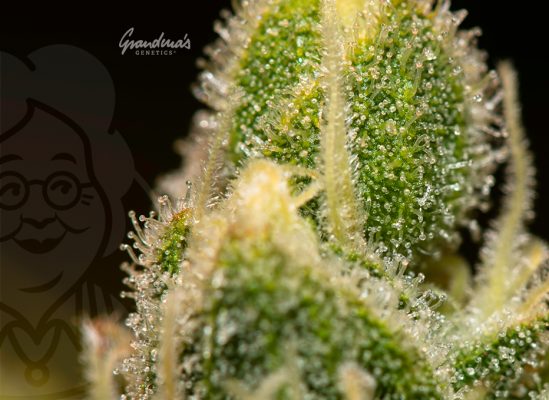 When grandma used to come back from her heath walks with fresh limes from the [...] 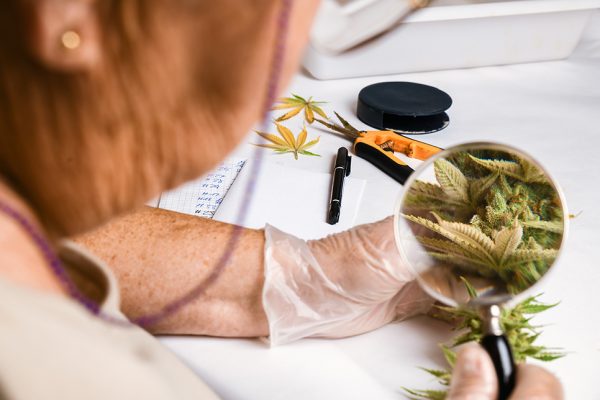 Genotype vs. Phenotype – What’s the difference?

The genotype of a plant is its unique DNA sequence. More precisely, this term refers [...] 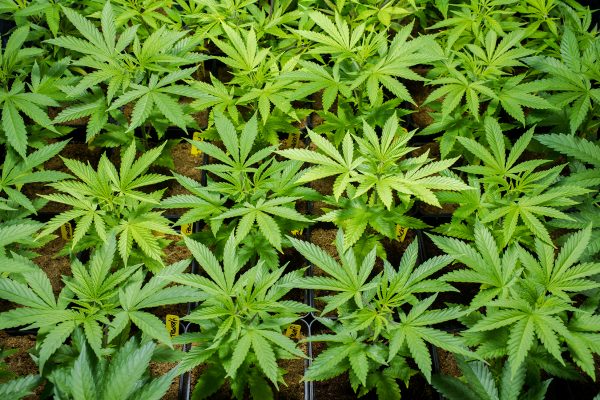 What does breeding actually mean?

The aim of plant breeding is the genetic modification of plant populations to improve biological [...]

Any information on seed packaging, marketing material, blog posts or websites is provided for educational and informational purposes only.

This website uses cookies to improve your experience while you navigate through the website. Out of these cookies, the cookies that are categorized as necessary are stored on your browser as they are essential for the working of basic functionalities of the website. We also use third-party cookies that help us analyze and understand how you use this website. These cookies will be stored in your browser only with your consent. You also have the option to opt-out of these cookies. But opting out of some of these cookies may have an effect on your browsing experience.
Necessary Always Enabled
Necessary cookies are absolutely essential for the website to function properly. This category only includes cookies that ensures basic functionalities and security features of the website. These cookies do not store any personal information.
Non-necessary
Any cookies that may not be particularly necessary for the website to function and is used specifically to collect user personal data via analytics, ads, other embedded contents are termed as non-necessary cookies. It is mandatory to procure user consent prior to running these cookies on your website.
SAVE & ACCEPT